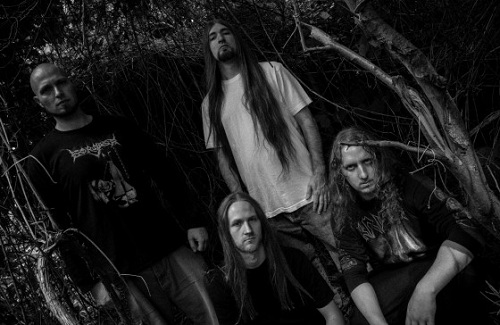 German progressive death metal behemoths DEFEATED SANITY will unleash Passages Into Deformity on February 5, 2013 through Willowtip Records. Recorded at Soundlodge Studios in Germany with guest vocal appearances by Frank Rini (Internal Bleeding), AJ Magana (ex-DEFEATED SANITY, Disgorge US), and Brian Forgue (Syphilic, Gutrot) and sound effects performed by Jon Engman (ex-Brodequin), the nine-track follow-up to 2010’s critically hailed Chapters of Repugnance will be paired with a bonus DVD featuring making-of clips, interviews with the band, and sick performance videos! Said the band of their latest output: “The album has a more old-school vibe to it, with a lot of early ‘90s inspired riffs and slams, but we made it a point to not get away from the technical and progressive stuff as well.”

As a special holiday treat, DEFEATED SANITY offers up a taste of the sonic slaughterfest with “Verblendung” below. Feel the wrath; suffer.

In related news, DEFEATED SANITY will take their bowel-shattering brutality to Russia and Belarus next year in support of Passages Into Deformity. See confirmed dates below. More to be added in the coming weeks.

“DEFEATED SANITY…amplifies any presuppositions one might have of Hell and turn it ten-fold.” – Sputnik Music