Oslo-based technical Death Metallers DEFECT DESIGNER have just begun the recording process for its as-yet-unnamed second album. The recording lineup for the album will feature none other than CRYPTOPSY drummer Flo Mounier and SEPTIC FLESH live guitarist Stelios Mavromitis. The album will be produced by Christos Antoniou at SEPTIC FLESH’s studio DevaSoundz in Athens and is being engineered by Fotis Benardo.

Information on the campaign can be found at www.musicraiser.com/projects/1510.

DEFECT DESIGNER are originally from Novosibirsk Akademgorodok, Siberia (Russia) and traveled to Poland’s Studio Hertz to record their first full-length CD, Wax, in 2009. In 2012 mastermind/songwriter Dmitry relocated to Norway and reestablished the band in the city of Oslo. Since them, DEFECT DESIGNER has built a strong international line-up for their upcoming second full-length record, featuring some of extreme metal’s most talented musicians. The band will soon be shooting a lyric video with Richard Oakes for one of the new songs from the upcoming album.

Check out the NADER SADEK produced video for “When Your Face Doesn’t Melt Snowflakes” from Wax at this location. 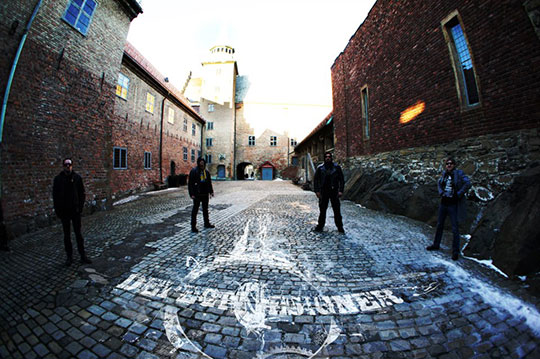