We have hereby officially parted ways with drummer Ronnie Bergerståhl and replaced him with Fredrik Widigs. Fredrik has been our stand-in drummer during the past autumn, hence making him the obvious choice for the throne and full time position.
Besides that, we are also thrilled to announce that our session live-guitarist Pablo Magallanes has become an official member of Demonical.
We want to thank Ronnie for all the years in the band and wish him the best for the future!
We welcome Fredrik and Pablo into Demonical, with this new and strong we are more than ready for 2012 and everything it will bring.

The ones involved have spoken:

Ronnie Bergerståhl:
“As most of you know by now, I decided to sit out the Demonical tour which took place in October/November. I thought about it for months before the tour started and in my heart I basically decided already then to quit the band. However, I gave it some time but now I have taken the last final decision: I will quit Demonical! The main reason is that it is getting harder and harder to combine two touring bands like Demonical and Grave – to give them equal priority – and as Demonical will be doing a shit load of festivals and shows in 2012 and Grave will release a new album (with extended touring to follow) it will be impossible. There is absolutely NO hard feelings between me and the guys in Demonical, we will still be doing lots of “hadderajjan” together after this, hehe…!! I’m really excited to see who’s going to take my place in the band but I know that they won’t settle for anything or anyone but the best!”

Fredrik Widigs:
“It’s a great privilege for me to be a part of Demonical and after the much successful “Eastern Death Infernal tour 2011”, I’m very eager to continue to spread the Swedish Death Metal Darkness. The march for victory has only begun!”

Pablo Magallanes:
“It’s a great honor to officially be a part of Demonical and to be able to develop the death metal sound among and with friends and professional musicians.” 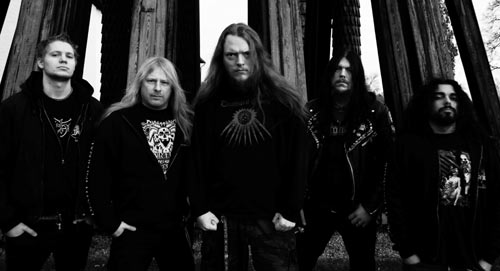