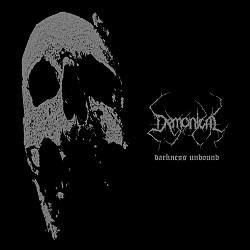 Since early February we have been isolated at Necromorbus Studios in the dark suburbs of Stockholm recording “Darkness Unbound”, our fourth full-length masterpiece and the first album to feature our new determinate line-up. So far the drums for all 11 tracks have been recorded, now it’s time to move on and nail down some guitars.

The new material is clearly our most sinister, vicious and dark work up until to date and we are confident that “Darkness Unbound” will be an important milestone not only for us as a band but also an album that will have a certain impact on the current death metal scene and especially the Swedish old-school wave.

The artwork and visual concept of the album follows the same somber path as the music making it a solid entity of perpetual death metal darkness.

More reports will be published as the work proceeds.