Norwegian black metallers DEN SAAKALDTE are having a busy schedule ahead. “All Hail Pessimism” – band’s debut album – is finally being released by Agonia Records on February 17th, for the first time in LP format. The band is to enter the studio in February as well, for recording their long awaited new album “Kapittel II: Faen i Helvete”. Kim+Trine (Darkthrone, Thou Shalt Suffer, Ved Buens Ende, Mayhem) have taken responsibility of the layout and artwork for this new release. The final street date for “Kapittel II: Faen i Helvete” is yet to be announced. 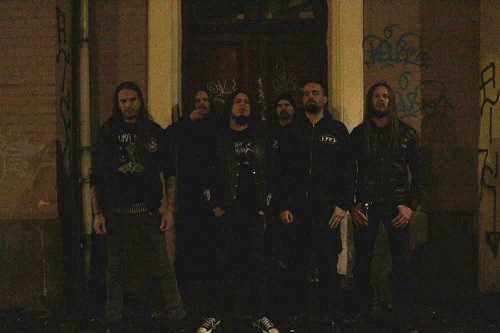 Commented by the band: When Niklas (Shining/vocals) decided no longer to continue with the band, many things passed from our minds…even just dropping the whole damn thing off. After the band discussing and coming to the conclusion that all the members wanted Den Saakaldte to continue being active as a way of artistic expression but also as in a lifestyle attitude for us, we decided that certain things had to be put down and start all over again. Agonia Records that has been following our ways and sharing our ideas on how things should be, gave us the opportunity to built the foundations for Kapittel II: Faen i Helvete on solid ground. We are looking forward to start with the recordings and we are even more excited to hear soundscapes, having now Eldur (also known as Einar Thorberg who is vocalist also in the bandFortíð) as frontman.