“Endorphins” is the title of the fourth album of the Polish band DESDEMONA, that brings new energy to the European dark scene.
The combination of such different music styles as industrial, metal, electro or even dubstep may suggest a fresh, intriguing, and energetic album.
The album consists of 10 premiere songs. The release date is set for 28th May 2012. In Europe “Endorphins” will be released by Danse Macabre Records.

The album is promoted by the single “Bring in All” which can be download for free from the official band website: www.desdemona.com.pl

The single is supported with the videoclip: http://youtu.be/Za0_1V9uMDQ 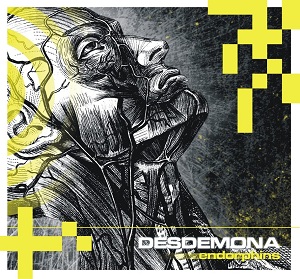 You can buy the new album in: Itunes, Amazon, Poponaut …