Finnish act Desolate Shrine has aligned with Dark Descent Records for the release of their next album. Desolate Shrine, who released their debut on Hammer of Hate Records in 2011, will once again pummel listeners with their forthcoming sophomore effort titled The Sanctum of Human Darkness. The new album will be released before year’s end and will quickly lay to rest any doubts about a sophomore slump. If you enjoy the sounds of dark, misanthropic death metal (who doesn’t?), do yourself a favor and mark this one down as a must purchase.

Check out the eight minute preview video which features artwork from the band’s own L.L. at this location. 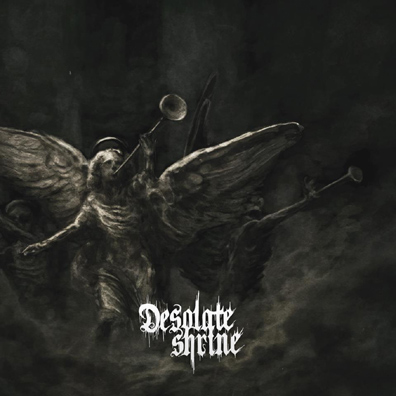 The remainder of 2012 will lean heavily on the Finnish side for Dark Descent Records. Maveth and Lantern will release full-lengths before the end of the year with Swallowed and Krypts likely early 2013. Additionally, Corpsessed is also in the writing process for their debut full-length.