Details of the third full-length album from UK Progressive Black Metallers FEN have been announced today. The seven-track album “Dustwalker” is set for release on the 21st of January on Code666 Records, and will be appear in both CD format and as a limited edition Clambox which will feature a bonus track and include a pendant with the band’s distinctive logo. Artwork for the album is by the FEN’s bass player Grungyn. Track listing for “Dustwalker” as follows: 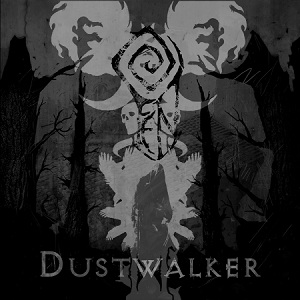 FEN was formed in 2006 by The Watcher (guitars and vocals), Grungyn (bass and vocals) and drummer Theutus. The latter would later leave the band, to be replaced on drums by Derwydd.
Setting out to meld the cold rage that runs through Black Metal with the more introspective and reflective emotions found in the post-rock/shoegaze genres, FEN was able to evoke, through music, a vision of the Fens, an area in England noted for its desolate, windswept landscapes. Like the region after which the band is named, FEN’s music has an almost other worldly aura that speaks of loss and unrequited yearning. 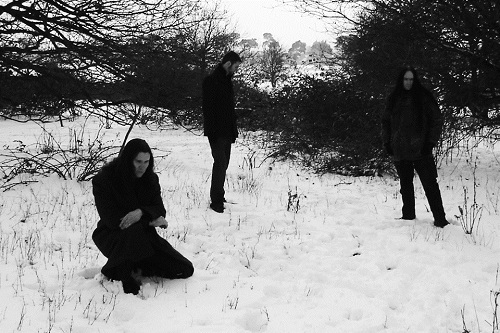 “Dustwalker” will be FEN’s third album on Code666, who previously released the band’s debut full-length “The Malediction Fields” in 2009 and “Epoch” in 2011. FEN recently announced that they had re-signed with the Code666, a sub label of Aural Music, for a further three albums after “Dustwalker”. Commenting on “Dustwalker “, frontman The Watcher had this to say: “If “Epoch” embodies a lonely walk into the deepening twilight of the fens in Autumn, then “Dustwalker” represents the cold, sharp greys of a bleak winter’s dawn. An expression of isolation, abandonment and a gradual detachment from the material realm, this album is a starker, more direct representation of the Fen sound.”

More information about FEN can be found on the band’s Facebook page at https://www.facebook.com/fenofficial

“As Buried Spirits Stir” from FEN’s “Malediction Fields” album can be heard at http://www.youtube.com/watch?v=MMFDW46rsn0