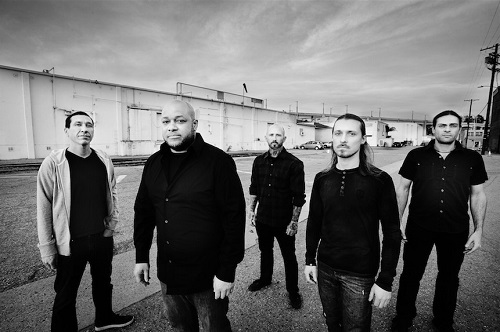 DEVIL YOU KNOW, the creative union of Howard Jones (ex-KILLSWITCH ENGAGE), Francesco Artusato (ALL SHALL PERISH) and John Sankey (DEVOLVED), have released the first single from their upcoming debut! Check out the song ‘Seven Years Alone’ at http://goo.gl/ERvQce. The track will also be released as a digital single on March 21 via iTunes.

DEVIL YOU KNOW’s highly-anticipated album, »The Beauty of Destruction«, will be made available on both physical and digital formats on April 25 via Nuclear Blast Entertainment. The record was produced by Logan Mader (FIVE FINGER DEATH PUNCH, GOJIRA) and mixed by none other than acclaimed producer/mixer Chris “Zeuss” Harris (HATEBREED, CHELSEA GRIN). Artwork was created by noted painter and illustrator Travis Smith (OPETH, DEVIN TOWNSEND). “When Travis Smith presented us with the initial sketches we were blown away,” commented Jones. “He captured the concept of the album perfectly. It’s hugely different than anything that’s out there and will be immediately recognizable as DEVIL YOU KNOW.”  Fans can now pre-order the album with or without an exclusive shirt design here: http://smarturl.it/DYK-TBOD-NB. 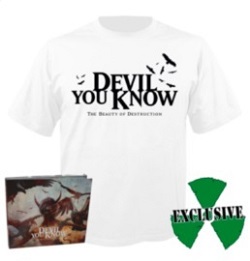 A demo version of a new song called ‘Shut It Down’ can be streamed on DEVIL YOU KNOW’s Facebook page www.facebook.com/devilyouknowofficial or on Nuclear Blast’s YouTube channel at http://www.youtube.com/watch?v=0C17On6h3HQ. 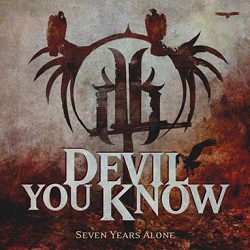 “The stage is really being set for something incredible to happen” says Australian born drummer John Sankey. It was Artusato’s musical collaboration with Sankey (also a collaborator with FEAR FACTORY) that caught Jones’ attention in late 2012 when demos were passed through mutual acquaintances. Based on the strengths of the two musicians’ efforts, Jones emerged from a two-year hiatus following his decade-long tenure fronting KILLSWITCH, during which the Massachusetts metallers racked up two gold records and a Grammy nomination.