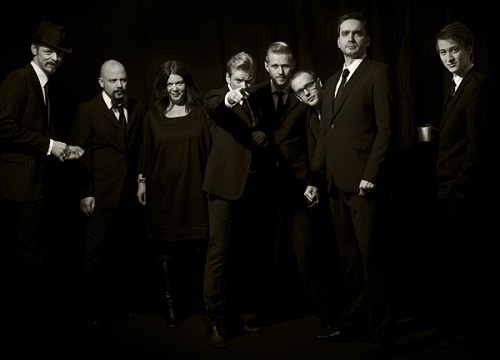 The origin of the name of the band is related on their website. The tongue-in-cheek back-story recounts a historically questionable ancestral story beginning in 16th century Sweden. Supposedly, ancestors of the band members performed orchestral works in defiance of the ruling church at the time (possibly in reference to the newly installed protestant Lutheran national church, in power during the mid and late 16th century). The orchestra was forced to go into hiding, performing in secret, with the assistance of oppressed peasants during the era. After years of performing for the pleasure of these peasants, the story claims that the church put a bounty on the performers’ lives, and that this bounty was so high that the orchestra knew they would soon be captured, and thus chose to play a spectacular final show before becoming martyred to the church.

DIABLO SWING ORCHESTRA – Sing Along Songs For The Damned And Delirious