Swedish apocalyptic death metallers DIABOLICAL are in the progress of recording their fifth album, entitled Neogenesis, and have now released a pre-production teaser on Youtube.

Vocalist and guitarist Sverker Widgren comments: “The recording is well under way and the results are very pleasing so far to say the least. However, it will take a while before we can share any of the actual album material, so we figured we can share some of our demo / pre-production material with all of you out there. I think it will be obvious to everyone now why we are very thrilled about the new album and it is our hope that you can join us in the excitement.” 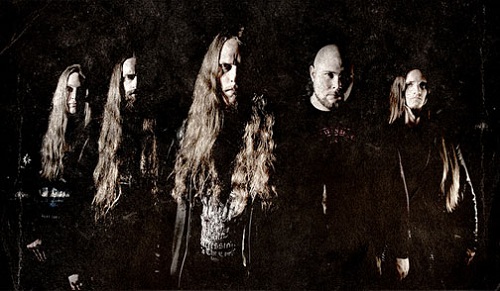 The pre-production teaser can be found at this location.

The band entered Necromorbus Studio in June to begin the recording process for Neogenesis. Guitarist/vocalist Sverker Widgren, who produced the band’s 2008 release The Gallery Of Bleeding Art, is once again handling production duties. A series of video reports featuring behind-the-scenes footage from the making of Neogenesis are being posted on Youtube as the album develops. The first two episodes can be seen below.

Neogenesis Track Listing:
1. Into Oblivion
2. Metamorphosis
3. Oracle
4. Ex
5. World in Silence
6. Reincarnation of the Damned
7. Fields of Nihil
8. Dialogue with the Dead
9. Wolves’ Choir
10. The Age to Come
11. Humanitas

This album will follow up DIABOLICAL’s 2011 release Ars Vitae, which featured nine live songs which chronicled the band’s career, four new studio tracks and a remastered version of their sold-out debut EP Deserts of Desolation. Ars Vitae was released in North America by Abyss Records and is still available at www.officialabyssrecords.com.