In November, DIE APOKALYPTISCHEN REITER started their own YouTube-series. The monthly episodes that will air at the beginning of the month, will present an exclusive inside look on the creation of their upcoming new double album, which is scheduled for a release on May 30, 2014 on Nuclear Blast Records.

The third episode went online, right in time before Sylvester. In this new trailer, the band takes you onto their houseboat and reports from their gig at the German »Bang Your Head« festival. 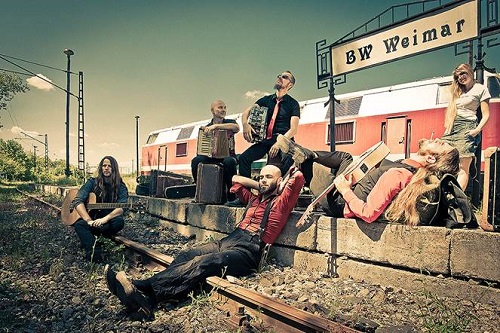 “There have been ideas and inspiration everywhere”, the band points out. “We went to the Ural and the Florida Keys, crossed giant mountain passages, found the solitude of Uckermark. We even turned a houseboat into a rehearsal room.” Be it self-made films or coverage, done by a camera team, the band has recorded so much during the past three years, they now can take the best of it. “Travelling is a main theme for us, since the records were done far away from daily life. ‘1000 Tage‘(English: 1.000 days) is both a look back and a preview and, as we think this way of entertainment will have anticipation rise high.”

Subscribe to their channel and don’t miss one single episode: WWW.YOUTUBE.COM/REITERMANIA

Watch the first episode, starting at midnight on November 1st: