Canada’s Digital Media Records will release District Destruction from German thrashers MORTAL INFNITY on June 15th. MORTAL INFINITY offers an album’s worth of surgically precise, immediately memorable, and frighteningly ferocious thrash metal. The album was recorded at Sound Lodge Studios from Joerg Uken (God Dethroned, Dew-Scented, etc), ensuring maximum riff crunch and laceration potential. Taking influence from the likes not only the Bay Area (Exodus, Testament, etc) and German (Destruction, Kreator) scenes, but also acts like Slayer and Lamb of God, MORTAL INFINITY‘s District Destruction is one debut album that plays like it was made by 20-year veterans. 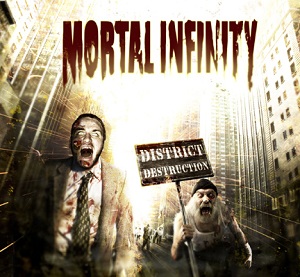 Mortal Infinity is a Thrash Metal Band from Bavaria/Germany. The band combines their influences from old school Bands like Exodus, Testament, Pantera and Slayer with modern bands like Lamb of God to create their own trademark. Mortal Infinity was founded 2009 by lead singer Marc Doblinger and bass player Sigi Weinhart. After the usual changes in the early lineup, they hit the stage with guitar players Sebastian Unrath and Thomas Harlander, who both play rhythm and lead guitar, and Frank Fiedler on drums. Early in 2011 Mathias Erber joined the band to fill in for bass player Sigi W. who quit to attend a university of applied sciences. Later that year Frank F. left the band because of his health issues, so Mathias E. switched to drums and Daniel Hofer joined Mortal Infinity as the new bass player.This is the line up that recorded the debut District Destruction at the Sound Lodge Studios with Joerg Uken (God Dethroned, Dew-Scented) late 2011. May 2012 had a historic moment for the band when a contract was signed with Digital Media Records, a proud event for the band indeed. Mortal Infinity are playing numerous shows in Europe (e.g. Metalfest Austria with Megadeth) and looking forward to seeing you on the road! 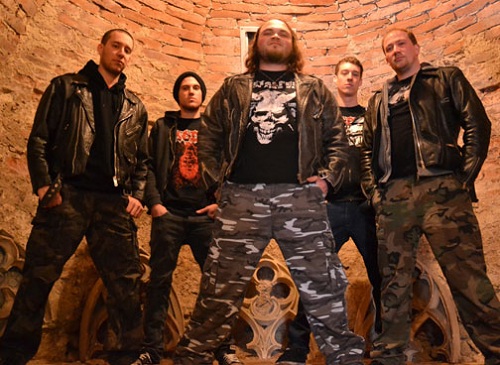