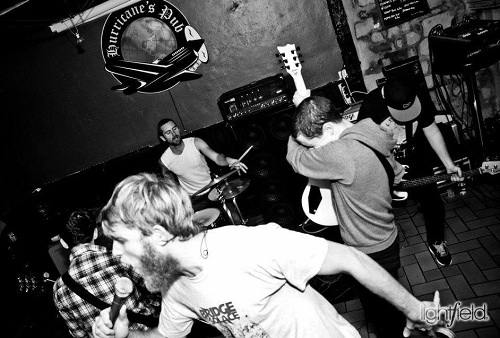 DIREWOLVES have announced that they’ll release their debut 12″EP on mid-october via Throatruiner Records (Bone Dance, Ken Mode, Birds In Row…). Hailing from Lorient (western France), the band merges modern hardcore, crust and screamo on its debut EP “Me From Myself, To Banish”. Recorded by producer/sound engineer Amaury Sauvé (Birds In Row, As We Draw, Comity…) at La Senelle, these six songs find the perfect balance between emotion and heaviness, reminding of bands such as Alpinist, Lewd Acts or Killing The Dream. The artwork has been designed by Fortifem, and pre-orders will be up on 18th october.

Hot News: Direwolves – “Me From Myself, To Banish” out now on Throatruiner Records