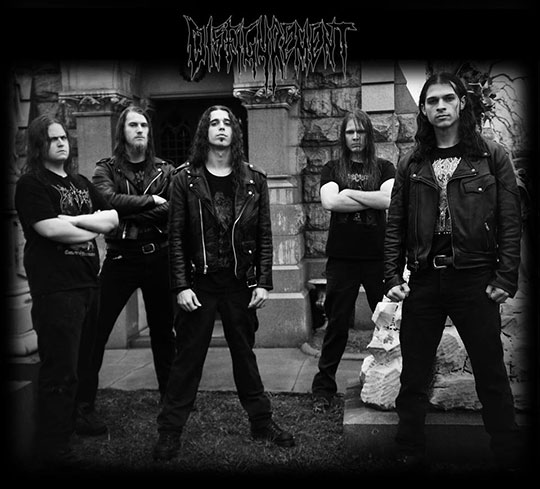 Soul Rot was released September 19 on CD and digital formats. The CD version comes with a link to download bonus live material. The EP will be available on iTunes and all other major digital retailers this November.

Forged from classic death metal elements, DISFIGUREMENT hammers away with precise, crushing rhythms, dynamic solos and nihilistic lyrics. Since forming in 2011, DISFIGUREMENT has been active in the Atlanta metal scene, booking and performing with such acts as Nile, Deicide, Kreator, Inquisition, Miasmal and others.

Purchase the CD at www.boris-records.com. 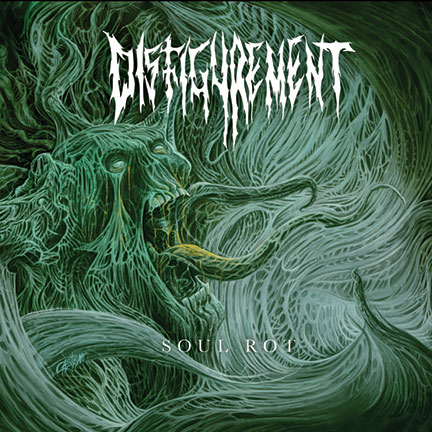 “Soul Rot is an OSDM monster in a tech death rubber suit. It stomps and slams with the dexterity normally found in a group priding themselves on week-long widdles. Disfigurement though, cares more about flow. They write honest to Dio SONGS, preferring Replayability over their own ability. Visceral Bleeding with a transfusion of early Anata is a fine way to grease your brain if you can’t press play yet.”

– IAN CHAINEY: Trample of the Week

“Area band Difigurement opened the night, a joyful death metal outfit that crushed eardrums by taking notes from old school groups like Vader and Morbid Angel. They gave that good old assault on the senses just like any true death metal band should. Their sound reverberated in the late 80’s style – brutality without repetitiveness. The performance was great as well. No frills, just aggression. I hope to hear these guys again soon, because they left a tremendous impression.”– Brett Neidlinger: Backstage Beat