Apostasy Records and Swiss Death Metal act DISPARAGED have recently entered into an unholy alliance that will see the band release their upcoming fourth album on the label.

DISPARAGED exists to dispel any existing stereotypes regarding the laid-back nature of the Swiss. The quartet rounds off dynamic drums and harsh brutality with downright virtuous melodies within the solos. Their compositions are similarly conclusive and thrilling. DISPARAGED was formed in 1999 and since released a trio of well-received albums – Overlust, Blood Source andThe Wrath Of God. Their most recent release featured the mixing and mastering skills of Jacob Hansen (Aborted, Destruction, Pestilence).

DISPARAGED commented, “We are very proud to have found in Apostasy Records a for us perfectly tailored partner. We are looking forward to the cooperation and the release of our new album!” 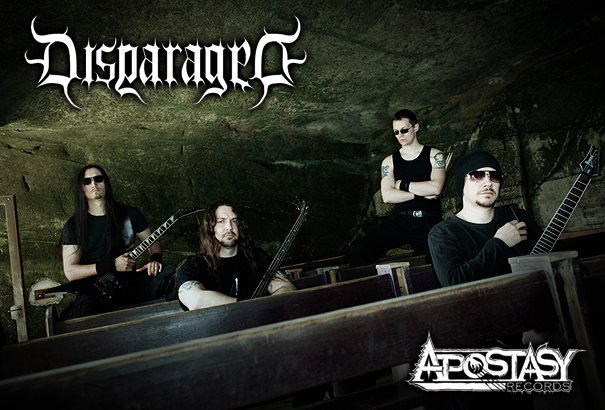