North Carolina traditional metallers DOGBANE will be appearing at the fourth annual Ragnarokkr Metal Apocalypse Festival in Chicago, IL, which is set to for April 4 -5, 2014.

In late 2011 Heaven and Hell Records released DOGBANE‘s debut Residual Alcatraz. The ten track album, which featured a cover of ‘Fire and Brimstone’ by rock legend and pioneer Link Wray, was well received both at home and abroad. The band’s fine blend of Thin Lizzy/UFO dueling guitars, and Halford-esque vocal, with hints of doom metal was often cited by reviewers worldwide. A buzz was starting to grow at the beginning of 2012 through several interviews and glowing reviews. As the band began to play out in support of the release, things looked promising. However, tragedy struck the band in June of last year with the untimely passing of guitarist and songwriter David Ellenburg (R.I.P).
After a short down time Dogbane began the search for a new guitarist but this proved to be no easy task. Eventually they found the right man for the job named Jeff Rinehart. This latest addition has already proven to bring something new to the band with Rinehart’s more classical and technical playing style. Currently DOGBANE is working on their second full-length and is beginning to play out again. The band is ecstatic about performing at Ragnarokkr to a real metal audience. 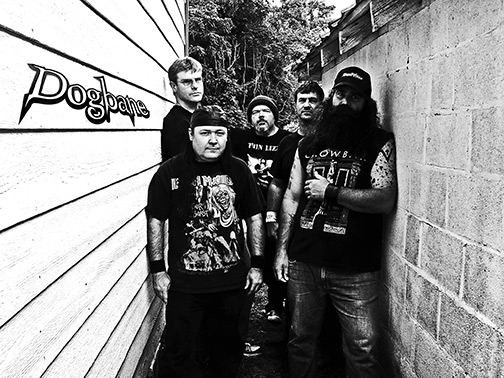 The band recently filmed and  released a video for the song ‘Ride the Serpent,’ taken off Residual Alcatraz.The video, directed and produced by TJ Webb and starring actress Valaria Sweet, is now playing at this location.

Residual Alcatraz is available for streaming and purchase at www.dogbaneband.com andwww.soundsofpurgatory.com. 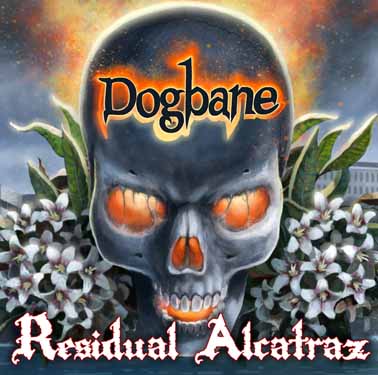