In the wake of the passing of Dogbane [Heaven and Hell Records] guitarist David Ellenburg the remaining band are hard at work to carry on as their fallen brother would have wanted.

Currently Dogbane is in the studio recording a cover of ‘Charisma‘ for an upcoming KISS tribute released through Versailles Records titled Rock & Roll All Nite: A Tribute to Kiss: 1974 – 2013, to be released later this year/ early 2013. And even though the track selected by the band is from the Dynasty album don’t expect disco, be assured Dogbane will put their spin on the tune and make it their own. 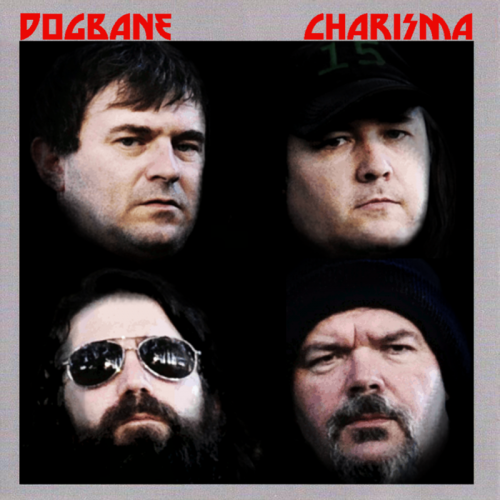 “When I was in the third grade the “Book Fair” came to my school. I went without lunch for two days so I could save enough money to buy a paperback book called “Rock Stars” because it featured KISS. Additionally, KISS Dynasty was the first record I ever owned. They (KISS) were superheroes to me, collectively they were mightier than Godzilla, Ultra Man, Super Friends, and the Legion of Doom. It just doesn’t get much cooler than that.”

– Mitch Allred/Guitarist“The year was 1977. I had a science teacher named Mr. Warner. He informed us on the first day of school that he was a born again Christian, and the wearing of KISS regalia in his classroom would not be tolerated. Mr. Warner stated “from this day forward anyone caught doing so would be subject to a whipping” because this would be seen as being defiant. I wore my KISS jacket the very next day. I took that “whipping” like a champ.”
– Jerry Cloer/Drummer

“I began listening to KISS when I was 7 in 1974. My best friends’ older brother loved them, and I remember him being my introduction to Sabbath, Cooper, Priest, etc. My parents wouldn’t let me buy any of their albums. So, I would sneak the family tape recorder with me when I would spend the night with my friend and hold the microphone in front of the speaker to record the records. Worked okay for me, and hence some of the first pirated material in the making. So, there you go.”
– Kevin Davis/Bass Guitar

“No other band has had more of an impact on my life than KISS. As a kid I remember listening to the KISS Alive album with my head between the speakers imagining myself being there at that show. Later as a teenager I got to see them live, and as an adult I had the privilege of meeting my childhood heroes in person. Both of these events made me feel like that kid with my head between the speakers. Any KISS fan will tell you KISS is more than a band it is a lifestyle.”
– Jeff Neal/Vocalist

In addition; Steelwolf guitarist Warren Deatherage will be included in the recording as well as possible guest vocalist Jeremy Golden (Heaven and Hell Records owner) and Scott Board (NoLoveLost / Dimage /Cerebus)