Saint Louis, Missouri based Brutal Death act Drag The Dead has officially released their self-titled, full-length album which is the follow up to their debut, The Saint Louis Murder Sessions EP (currently digitally available worldwide). Drag The Dead‘s music is a guttural, flesh grinding tribute to disturbingly violent crime as well as some of the sickest human atrocities on record. There hasn’t been an epic Death Metal release in Saint Louis, Missouri like this since the inception of Timeghoul in the early 90s. This release will inject zombie virus laced adrenaline into the near dead Saint Louis Death Metal scene and deem Drag The Dead as its new owner. Drag the Dead is available for purchase via New World Subculture Media or from the band’s website. 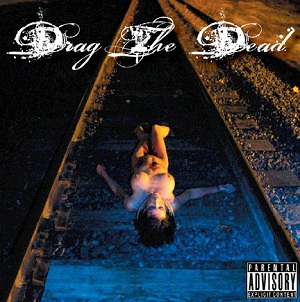 1. Prelusive Uterine Decimation
2. Blindsided Menstrual Holocaust
3. The Final Desecration
4. Necrology Postmortem
5. When They Walk Again
6. Serial Deity To The Aborted
7. The Stabbing
8. The Interview Of Lisa Ann Montgomery
9. Sledgehammer To The Cunt
10. Sullen Despoliation Of Blood and Genitals
11. Shit Fucked and Forgotten
12. Semen Spilled Upon The Flesh Of The Dead
13. Concluding Suffrage
14. Remember To Leave The Pieces

Drag The Dead was formed in mid 2009 and is a collective of some of the most brutal Death Metal musicians the St. Louis Missouri metropolitan area has cultivated in years like drummer Antonio Andre (ex-Timeghoul founding member). Drag The Dead bring eerily deadly brutality to the stage, as well as to the ears and imagination of the listener. The sound of Drag The Dead has been likened to the act of being bludgeoned to death by a ritualistic ten-ton wooden hammer dulled by centuries of slamming into rotted earth.

Drag The Dead is about to unleash a massive trail of devastation leaving behind only the decapitated and dismembered torsos of its unyielding victims.

Prepare your soul to be pummeled relentlessly.