Los Angeles-based progressive melodic death metal group Dreaming Dead has recently added guitarist Chris McCarthy to the fold. The band issued the following statement about their new addition, “After many tiring years of continuous search, we are very pleased to announce the addition of guitar guru and long time friend Chris McCarthy to Dreaming Dead’s lineup. We feel his contribution will take the band’s live sound and songwriting to new and exciting levels. Expect devastating new material in 2013.”

“…a fantastic album by a talented band.” – Lord of Metal

“On Midnightmares, they give credence to the notion that there’s plenty of fight left in the North American progressive death metal scene. These guys (and gal) are infinitely more interesting than any retro death metal band going. Quality stuff.” – Blistering.com

Dreaming Dead is Los Angeles’ answer to underground mediocrity and mainstream banality. Formed in 2006 by frontwoman Elizabeth Schall and drummer Mike Caffell, Dreaming Dead continues to capture the attention of audiences and listeners across the globe. Whether through pummeling fans as a live act, or through setting up a successful Kickstarter campaign to self- release Midnightmares, Dreaming Dead is consistently in the business of turning heads.

Midnightmares is Dreaming Dead’s sophomore release, and it represents a continuation and a refinement of the sound on the debut, Within One. Characteristic thrash riffs lock in with blasting drums, and then it turns…the dynamics shift and a somber clean guitar evokes the stillness of night.Midnightmares is a self-released production, and it has garnered worldwide acclaim. Longtime Dreaming Dead member Juan Ramirez makes his writing and recording debut on the album.

Dreaming Dead is currently performing in support of Midnightmares and writing new material. L.A.-based guitar guru Chris McCarthy has recently been added to the lineup, taking the bands’ live sound and songwriting to new levels. Expect crushing live performances throughout 2012 and devastating new material in 2013. 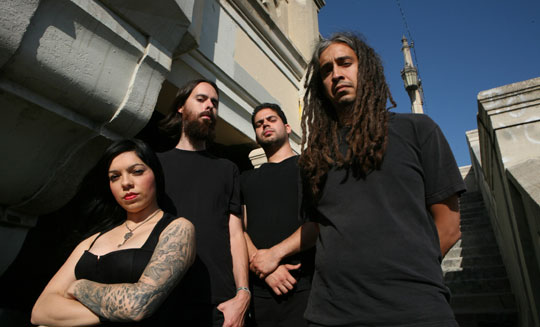