If you ever wondered how the follow up album to “Highway To Hell” should sound like, look no further! If Bon Scott would be alive, AC/DC would have delivered the album DYNAMITE is now blessing us with. It oozes of fat Angus Young riffs, and a Bon Scott alike voice, high energy classic rock style, easily compared with AC/DC, KROKUS and ROSE TATTOO, easily taking up the competition with new bands like AIRBORNE and BONAFIDE. This is also the band who got chased by the police force in Sweden after an imaginary bank robbery some folks thought was real ! 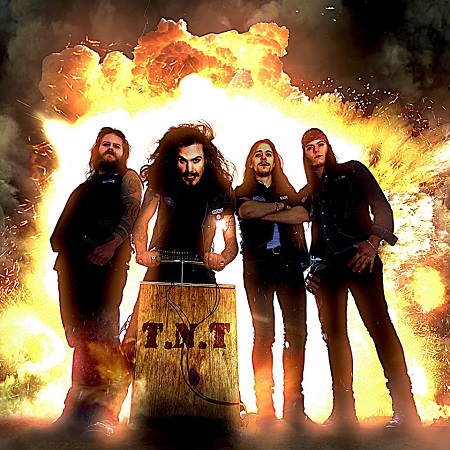 Their new album “Lock´n Load” will be released may 17th!