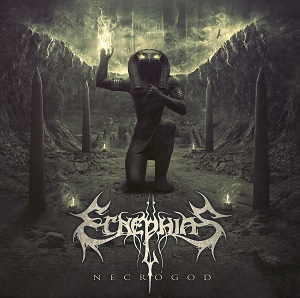 The italian extreme occult metal band Ecnephias reveal the artwork of the upcoming album “Necrogod,” to be released in June. The work was entrusted to the author Pierre Alain D., with whom the band had already worked on the previous “Inferno”. Sakis (Rotting Christ) will be a guest on the song “Voodoo – Daughter of Idols”.  Melody and power will come together in a marriage of extreme metal: the new record, for the first time, will be marked by many thrash and tribal guitar riffs as well as dark melodies and a healthy dose of melodic death metal. It will be the spearhead for the italians. The lyrics theme is inspired by the ancient pre-Christian cults of the southern hemisphere of the Earth. This is the official tracklist: