Multinational melodic metallers EDEN’S CURSE are delighted to announce their new line up. Ending ten months of speculation after an arduous audition process, the band are proud to announce Serbian vocalist Nikola Mijic as their new front man. The introducing video can be viewed here: http://youtu.be/Epji9f5lKzs

Hailing from Senta, in the North of Serbia, Nikola is a vastly experienced singer despite his tender years. For the past ten years he has been fronting Serbian outfit Alogia and more recently Hungarian Prog Rockers Dreyelands, who released their debut album on Lion Music in 2010. In 2008 he also featured heavily on the Prog Rock project album Expedition Delta. 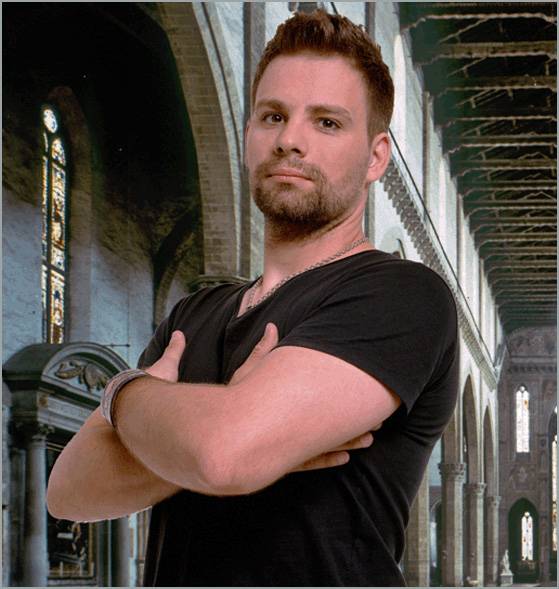 A happy Nikola said “I’m really honored to be part of the Metal journey of Eden’s Curse with their new upcoming album that is coming out on 4th October and I’m looking forward to rock with you guys“!

Drummer Pete Newdeck commented “For me, when I heard a lot of the auditions, Nik’s was the one that stood out. It stood out mainly because of it’s originality. His voice was strong, it was soulful and he had something different to offer. That’s really why I championed him because I think he could offer something different, change the face of the band and possibly help this band move forward“.

Bassist Paul Logue added “When Nik sent his audition of Evil & Divine that’s when we really began to sit up and take notice and say that this guy was something special. He is the complete package“.

Guitarist Thorsten Koehne enthused “He’s just an amazing talent, one of the most amazing singers I’ve seen in recent times. He’s just so versatile in what he can do and he just fits the band perfect because with Eden’s Curse we’re very diverse, as far as the music, so there’s not just one particular style that we are doing. So we were really looking for a singer that could keep up with that and have a range in his vocals. Nikola is just perfect because he can do so many things, from blues to metal stuff and everything in between“.

Bassist Paul Logue commented “Sadly we we part company with our brother Alessandro on a truly positive note as his career as a mixing engineer and a producer has really taken off, meaning less and less time could be devoted to the Eden’s Curse cause. We will miss him dearly as a friend and a musician and we wish him nothing but the utmost success. We firmly believe he has the talent to go right to the very top! He will always be considered a part of the Eden’s Curse family and is cursed for life“.

Williams, a former member of Dragonforce, commented “It was a real thrill to be asked by Paul and the boys to get involved in Eden’s Curse. I’ve been a fan for a long time, I’ve known the guys a while and it’s great to be here getting myself right cursed I can tell you“!

Bassist Paul Logue further commented “I’ve known Steve for a while and when Ale left he recommended we look at Steve. It was very easy choice for us, as we were already good friends and with Powerquest calling it a day it was a perfect time in both our careers to join forces. Steve is a smashing player and one of life’s true gentlemen. He is an utter joy to have on board and I am genuinely excited to see what we can produce together in the years to come as I am a big fan of his songwriting“.

The band can also confirm that their long awaited fourth album “Symphony Of Sin” will be released by AFM Records on 4th October.

This will be preceded by a digital single “Evil & Divine“, for which the band shot a video for on location at the famous St. Andrews in the Square location in Glasgow, under the direction of Ryan Priddy and his team at Independent Element.