Let us welcome the new year with the first official signing news of 2014!

We’re happy to welcome EDGEDOWN from Germany to the Massacre Records family!

Andreas Meixner, Mathias Gaßner and Michael Zebhauser formed the band in March 2008 and soon started to play live – as cover band back then.

Less than a year later, they focussed on writing new material and finished the recordings of the first untitled and successful 3-song demo in 2010.

The band’s line-up was completed during 2010 and 2011 with the addition of bassist Stefan Rehrl and drummer Peter Ramspott.

Support shows with Epica and Serenity as well as a gig at Austria’s Metalfest Open Air followed.

EDGEDOWN‘s musical style can now be described as modern heavy metal, since the band members were influenced by bands such as Iron Maiden, Dio or Savatage. But they’re also open to modern influences.

EDGEDOWN’s debut album “Statues Fall” is set to be released in late April 2014 via Massacre Records! 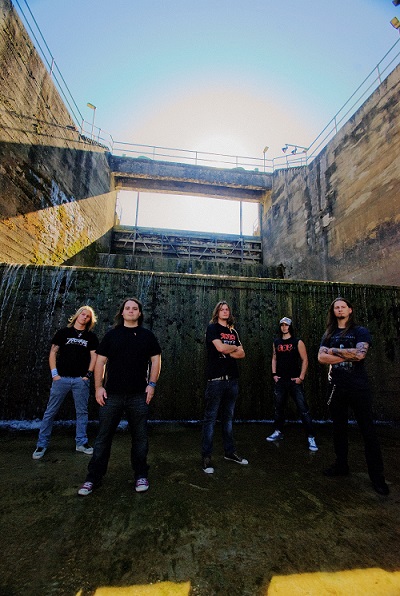