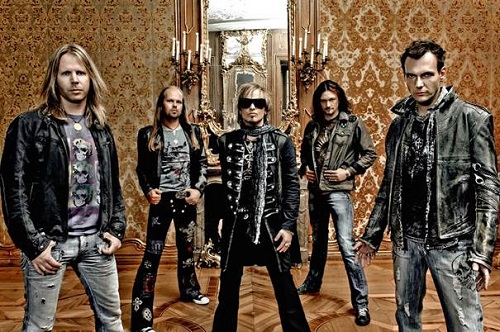 This news has been a long time coming. Secretly EDGUY have sneaked into the studio to record the follow up to their chartbreaking 2011 album »Age Of The Joker« (a.o. #3 in Germany).

The band has issued the following brief statement from the studio:

“We have focused on what makes this band unique and recorded what we believe is going to be the strongest & heaviest album this band has ever recorded. We didn’t waste any time with updates or distractions. There is no doubt, that this album is going to be the album we’ll be measured against in the future. And it makes us proud to say that as a band that has been existing for over 22 years now, fully aware that the best is yet to come.“

The album is in the mixing process right now and will be out in April. More details will be revealed soon.