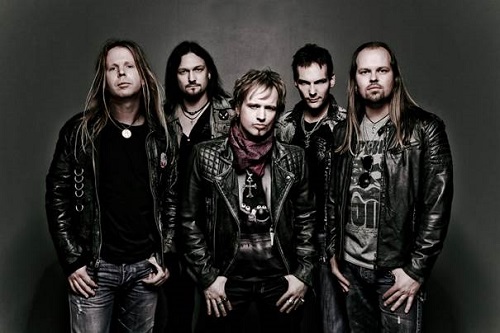 On April 18th EDGUY will release their tenth studio album »Space Police – Defenders Of The Crown«, followed by a world tour to kick off in Hamburg on September 19th. A few journalists already had the chance to give the album a listen and confirmed it’s most probably the heaviest album EDGUY have ever recorded (“One thing is for certain: this is definitely one of the best, if not THE best album of them ever, ever, ever” – Rock It Magazine, #80).

The track list of the album reads as follows:

The album is also going to be available as a 2CD edition with 7 bonus tracks. More details about tourdates to be revealed during the next weeks.