Eibon la Furies presents “The Immoral Compass” , the new album scheduled on code666 at the beginning of 2013. 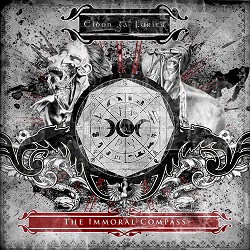 Frontman Lord Eibon commented on the album:“Worship no one, bow to none. No gods exist here. You are your own compass (moral, amoral or immoral). The balance of greatness can be tipped either way. Ascending through darkness is our only way. The new Eibon la Furies album, The Immoral Compass, is a concentrated look at humanity through our own occult lens of avant-garde dark rock and black metal fusion.”

EIBON LA FURIES – The Blood Of The Realm