After more than three years the five musicians from Frankfurt/Oder (Germany) are now ready to release their impressive new Black/Pagan Metal masterpiece „Omen“ via EINHEIT PRODUKTIONEN on February 17nd 2012. Eleven unique songs with a over-all playing time of more than an hour of brilliant audio art ! The album was embellished by members (celli, violas and violins) of the state orchestra Berlin/Brandenburg and nobody less than www.ingo-tauer.de was hired for the artwork. It will definitely be a gem visually. The album will be released as a Digi-CD limited to 1000 copies as well as on standard jewel case CD with a 16-page booklet.

The band will present the album live onstage March 2nd 2012 in Frankfurt /Oder, March 3rd in Freiberg and March 10th 2012 at www.cellardoor-cottbus.de. Updates and audio teasers at: 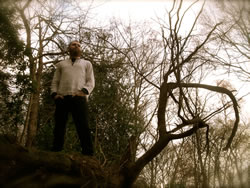 After OAKENSHIELD‘s great 2008 debut „Gylfaginning“ Ben Corkhill has been very creative. Now he presents the new Epic Pagan Folk Metal highlight „Legacy“! Back then press wrote: ”FALKENBACH plays music with JETHRO TULL’s Ian Anderson …“ (HEAVY Mag, 12/15 Punkte). Today the Englishman follows his own muse more than every before and the new epos will enchant you with beautiful melodies and anthems ! „Legacy“ will also be released February 17nd 2012 on CD and graphic design of this gem will be handled by master artist Mike of www.dragondesign666.de!

Czech Blackend Death Metal legend HYPNOS have inked a deal with EINHEIT PRODUKTIONEN. They were busy at SHAARK Studio in Czech Republic together with Norwegian producer Borge Finstad, who has worked for bands like MAYHEM, IHSAHN, ARCTURUS, ULVER or BORKNAGAR. Mix and mastering will be completed in Norway at Toproom Studio. Martin Van Drunen (ASPHYX, HAIL OF BULLETS) and Peter Wiwczarek (VADER) have been confirmed as guest musicians.

“Heretic Commando / The Rise Of New Antikrist” will be released April 27th 2012 as a Digi-CD including a Bonus DVD and also as a standard jewel case CD.