The bonus CD included in the Digibook edition of Eïs‘ upcoming album “Wetterkreuz” (out September 28) features experimental remixes of all five “Wetterkreuz” core songs. They have been created by Duncan Patterson (Alternative 4), A Forest Of Stars and others. Already today we present you the full A Forest Of Stars remix of the song “Am Abgrund“.

Listen now: Am Abgrund [Laudanum Induced mix – reworked by A Forest Of Stars] 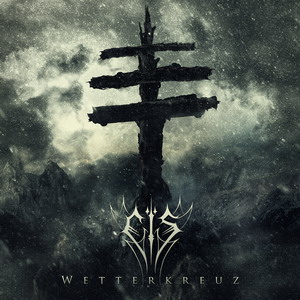 The Gentleman of A Forest Of Stars comments on his work:
“A few months ago, we were very kindly approached by Alboin (Eïs) to ruin one of his songs from their most excellent new album ‘Wetterkreuz’. I chose ‘Am Abgrund’ because – almost immediately – the melodies struck a resonant chord with my soul. It was unearthly, transcendent music that inspired great potential and sent a tremendous shiver down my crooked spine. I wanted to create a journey, but equally to steer clear of the (sadly) all too often used Friedrich Nietzsche quote ‘When you stare into the Abyss, the Abyss stares back at you’. My interpretation of the song can be broken down into several distinct acts, charting the relationship between man, the abyss and himself, and should be viewed roughly as: Approach; Arrival; The Fall; Contemplation; Acceptance / Infinity…or whatever. But don’t listen to my rubbish, listen to (and then buy) the actual album, it’s a masterpiece! The Gentleman, 1892 (With HH Bronsdon pottering about somewhere, I think…)”