Death metal band EMPATIC has launched a new video to the song called The Game, from their debut album Gods of Thousand Souls. The video material was recorded during a gig at Progresja club in Warsaw. The concert took place on 21st January 2012 as a part of the charity tourCovan Wake The Fuck Up 2012 organised by Creative Music. The band`s drummer Jarosław Yopeque Śliwka is responsible for the production of the video.

You can watch the video here: http://www.youtube.com/watch?v=TGG-Md2paWI 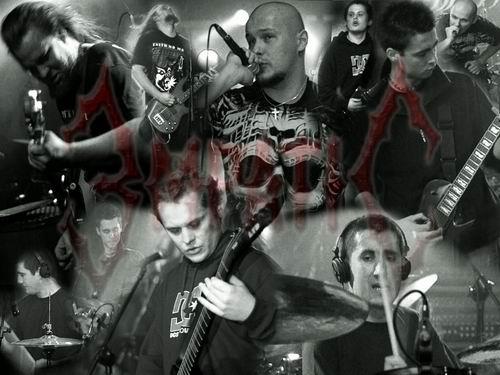 In addition, EMPATIC is beginning to compose the material for their next album. During Terrasound Festival, which took place on 13-14.04.2012 in Wien, the band presented their brand new song Valley of Shadows

You can watch the video here: http://www.youtube.com/watch?v=Kh9qdR6aOW0

And here can see some pics from the show EMPATIC on Terrasound Festival 2012:

The band have confirmed their show at OstFest on 09.06.2012, with the likes of Eris is My Homegirl, Butelka or Devastating Enemy from Austria taking part too.