ENCHANT, the Bay Area’s long-running Prog Rock institution, are finally back to the scene they once helped shape and establish! Originally founded in1989 and with seven studio album releases under their belt, it’s been a much too long period of silence for ENCHANT ever since their last official release, the “Live At Last” live-documentation 2CD/2DCD from 2004.

ENCHANT have recently announced that they are at long last working on an overdue brand-new studio album and they have now also signed a new longterm worldwide deal with their perennial label-partner InsideOutMusic.

“It’s been way too long!”, says Douglas A. Ott, main songwriter and guitarist of ENCHANT. “We had to take time off from ENCHANT because a lot was going on in all of our lives. Divorces, marriages, kids, separations…Finally the band is stable again and ready to get going on the new album!”

Ott furthermore adds: “Everyone is really excited and looking forward to the process again. I’m currently doing preproduction and putting together demos of the new material and very shortly I’ll start recording the real tracks. We’re taking our time and really focusing on the writing and arranging of this new material.” 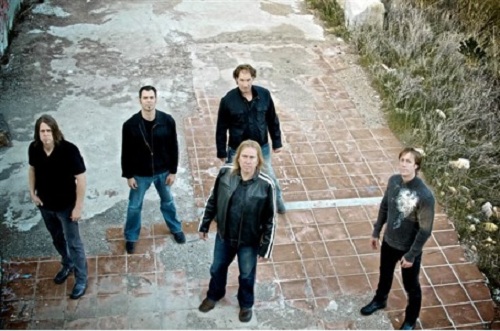 Thomas Waber, founder and label manager of InsideOutMusic, comments on the return of ENCHANT as follows:

“InsideOutMusic as a label has a long history with ENCHANT and I am very happy that they are making a new album right now. Hopefully we can add many more fond memories to the relationship! It’s great to have them back!”

A new ENCHANT studio album is in its songwriting and pre-production stages right now and is expected to be available for a release early 2013 via InsideOutMusic.

Most recently, ENCHANT’s vocalist, Ted Leonard (also in Spock’s Beard, Thought Chamber), is making an appearance on the debut album “Harmagedon” by progsters AFFECTOR, out now on InsideOutMusic. Check it out here: www.affector.net and www.facebook.com/affectormusic