Belgium-based metal legends ENTHRONED have announced new live shows in United Kingdom and Ireland as part of their Obsidium Campaign 2013. The tour will kick off on the 27th of February in Belfast (IE)and play in Dublin (IE), Glasgow (UK), London (UK) and Exeter (UK). More news below. 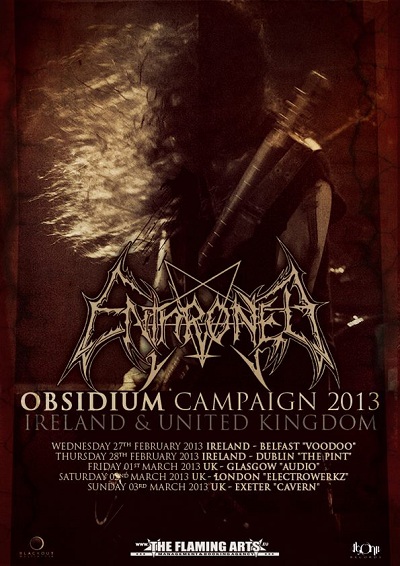 The band will be touring in support of their latest full-length album entitled “Obsidium”, released in March 2012 on Agonia Records, and quoted as one the best 2012 metal releases by PopMatters. Premier track off the album is available at this location: