Today, an exclusive stream of FYRNASK‘s entire Bluostar has been posted at Apochs.net and will be streamed for a limited time. Along with a recently published interview and review, the direct link to the Apochs.net stream can be found here: http://www.apochs.net/Exclusive/Fyrnask.html 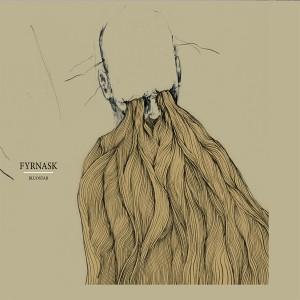 Released just a couple weeks ago by the esteemed TEMPLE OF TORTUROUS label, FYRNASK‘s Bluostar debut album has been reaping critical acclaim far and wide, as these press quote are testament to:

• “A great and spellbinding album” – Terrorizer
• “At once melodic, raw, harsh and frightening, complex and repetitive, Bluostar is a marvelous debut” – Zero Tolerance [5/6 rating]
• “One thing is for sure: this German group knows how to make atmosphere” – Metal Sound
• “Brilliant…breathtaking compositions that will haunt your dreams” – Infernalmasquerade.com [9/10 rating]
• “An auteur project that says great things about the future of its creator” – Jukeboxmetal.com [4/5 rating]
• “Most cathartic and impressive” – MetalReviews.com [8.2/10 rating, “Surprise of the Month”]
• “Punishing, tactile, and fulfilling…a compelling experience” – From the Dust Returned webzine [8/10 rating]
• “Quite entrancing…There’s appeal for fans of traditional doom/gothic metal in the style of PARADISE LOST and KATATONIA, provided that they also can appreciate some traditional black metal nuances” – Cosmosgaming.com
• “Very solid classic black metal…definitely an album to savour and a band to be keep within one’s gaze” – Heathenharvest.com
• “Simultaneously offers variety and functional repetition, and the result is definitely interesting and, more importantly, of high quality” – Lordsofmetal.nl
• “Many others have done this sort of thing before, such as NEGURA BUNGET, AGALLOCH, FAUNA, WOLVES IN THE THRONE ROOM and ARCKANUM. But like those bands, Fyrnask manage to carve out a passionate, memorable album that, while using familiar elements, makes a strong statement and etches its way into your mind” – Meat Mead Metal webzine
• “Holds its own personality and has its fruits to offer to contemporary blackmetal” – The Anti-Flesh Nimbus webzine
• “It’s quite easy to just let go and sink yourself into the massive sound walls of Bluostar. Fans of the style better check this one out” – Vehement Conjuration webzine
• “Will set Fyrnask apart from so many other projects that splinter off from the realm of this genre and fail to bring anything worthwhile” – WormwoodChronicles.com
• “Worth checking out” – Apochs.net

Fyrnask came to life in winter 2008. Arisen from the womb of the earth, Fyrnask is creating images of times and places long forgotten and which origins are only indirectly accessible for mankind. The dead corpses of our ancestors and the artifacts they have crafted, they tell us the old stories that are lying in the deep, gloomy waters of northern Europe. Inspired by these stories, old rituals, pangermanic-spiritism, decay, bloom and nature itself, the first demo “Fjǫrvar ok benjar” was born in October 2010. Düsterwald distributed this demo and it got a splendid resonance. Fyrnask signed in 2011 to TEMPLE OF TORTUROUS to shape another archaic artefact called “Bluostar,” which will furthermore remain true to the visions that Fyrnask is feeling obliged to follow.