The 6th full-length album from progressive/avant-garde metal band EPHEL DUATH will be released in spring 2013 via Agonia Records. Album title as well as album art have been set and will be revealed later this year.

The follow up to On Death and Cosmos (EP, 2012) will introduce a line-up change in the rhythmic section. All bass parts have already been recorded by Bryan Beller (Mike Keneally, Steve Vai, Dethklok, The Aristocrats, James La Brie, Dweezil Zappa) in replacement of Steve Di Giorgio. Marco Minnemann returns playing drums for EPHEL DUATH bringing the creative relationship between drums and guitars to a dynamism never reached before by the band. 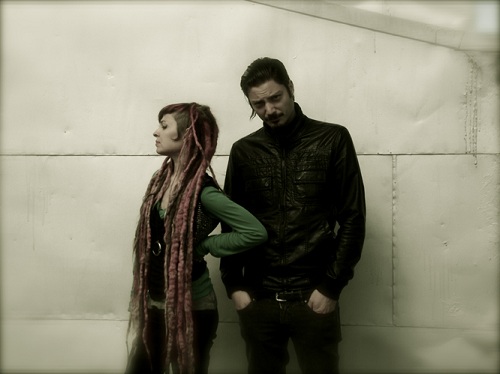 The album itself can easily be described as a new mountain-sized challenge in EPHEL DUATH‘s career, that Davide Tiso (founder/guitarist) – along with the support of vocalist Karyn Crisis – is taking step by step in order to reach the zenith. Ephel Duath’s new album is the musical statement I wish this band will be remembered for – comments Davide. All I’ve learned or not learned musically, all I’ve always wanted my lyrics to be, live and breathe in these eight new songs. This album holds together all that Ephel Duath’s music has touched in the last fifteen years and pushes its boundaries even further. I feel that a whole new expressive world is opening up to me and this band. My intent is to blindly follow this recent path and to bring Ephel Duath to higher and higher levels of intensity, riff after riff, song after song, with patience and obstinacy, an open heart and dedication.

In January EPHEL DUATH will enter Mana Recording Studios is St. Petersburg, Florida with producer Erik Rutan to record guitars and vocals and to mix the album.
At the moment the band is busy putting the last touches on what will be the final guitars and vocals tracks.