Up and coming Swedish death dealers Erupted are wrapping up work on their forthcoming debut full-length for Abyss Records. Titled In the Grip of Chaos, the album is slated for release later this year. The track “That Which Is Denied Gains Power” is now streaming at this location.

The band commented, “During the last months of 2011 until April of 2012 we have been doing recordings for our upcoming album. We haven’t had a lot of time to play live, socialize or even drink beer. But now, more than half a year after it was started, our album is on the finishing stretch, and we can proudly present one of the tracks

This album is going to consist of both new and old tracks, some of which our longtime listeners might remember from live shows or earlier recordings.We are currently looking for shows for our summer, and hopefully we will be out showcasing our new material a lot, so keep an eye out for live videos and recordings to get sneak previews of more songs!

The whole studio experience has been special because both bass and drums was recorded on an analog tape recorder, which meant a lot of retakes, but we hope that some of the ”live” feeling got recorded on there as well. Besides that the recording experience has been good. All the mixing and mastering was done at Kloster Productions by Robin ”Rojne” Svensson, the same guy that mixed Faces of Death’ 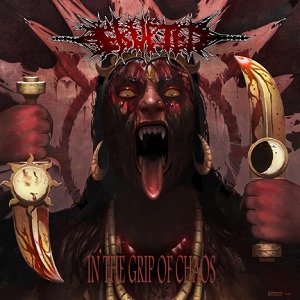 The band has posted a teaser video for In the Grip of Chaos HERE.

Erupted was formed in 2010 when a former project of three members of Beyond Hell, a band plagued with lineup changes, decided to make a new start. After playing several local shows during 2010 and in 2011, Erupted recorded a three-song EP entitled Faces of Death.

Released on June 1st of 2011, Faces of Death sold out in two hours. Playing off that momentum, Erupted is currently laying down the tracks for their highly anticipated debut full-length. Erupted’s musical style is based on old school elements with a modern and progressive touch, as well as an philosophical and occult lyrical element. 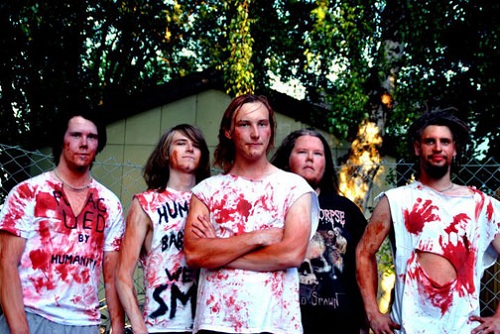