The Danish thrash metal band Essence is currently in the studio, where they are recording their new album. The recording takes place in the infamous Abyss Studio together with producer Peter Tägtgren.

About the recording ESSENCE says:

“It is a great honour for us to work with Peter. It was natural for us to pick Peter as producer for this album, as his approach to both music and sound fits perfectly with our new material. We can’t wait to hear the final result and to show all you guys out there how Essence anno 2012 sounds like. Even though we have just started the recording, it is clear to us that the result will be better than we ever could imagine!” 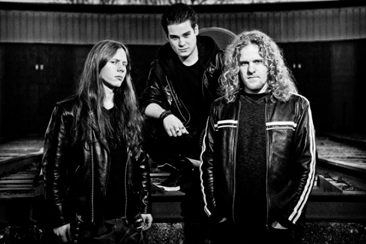 ESSENCE will be recording from February ‘till March in Abyss Studio with Peter Tägtgren and updates from the sessions can be found at Facebook.com/EssenceMetal. Furthermore, ESSENCE is currently planning their live activity for 2012.