Australian death metallers Eternal Rest will release their debut album, Prophetic on April 16 in North America via Deepsend Records. The band has also confirmed several tour dates for 2013, including a Winter Aussie tour, a Spring New Zealand tour and have just been added to the Extreme Death Fest Vol. I Japanese tour with ORIGIN.

Recorded and mixed by Joe Haley of Psycroptic, Australia’s ETERNAL REST have crafted a beast of a debut album with Prophetic. Equal parts crushing and ferocious, while maintaining a level of musicianship that should be applauded in a scene that’s been saturated with technical overdoses and slow-plodding nightmares.

Pre-Order has begun for ETERNAL REST Prophetic at this location. Pre-Orders will ship well before the scheduled release date. Be the first to hear this great new Australian death metal band.

The album’s title track is streaming at the link below: www.youtube.com/watch?v=eEw7XPS1P6g 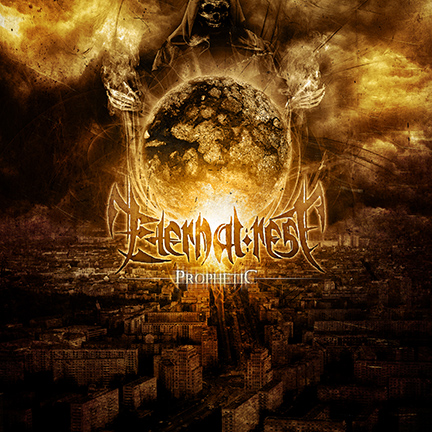 Eternal Rest are a death metal act from Brisbane, Australia. Their powerful energy must be seen to be believed. This young band is surging forward with momentum and are set to have a bright future.

The band just finished recording their debut full length which will be available early 2013 through Deepsend Records. The album was recorded and mixed by Joe Haley (Psycroptic).