A video teaser for “Futile” the debut full-length album from EUDAIMONY, the band formed by former DARK FORTRESS frontman Matthias Jell and NAGLFAR’s Marcus E. Norman (BEWITCHED, HAVAYOTH, ANCIENT WISDOM) has been released on YouTube. The video was created by Sebastian Schneider of Sonic Room Recordings and features excerpts from all the tracks from the eight track album, as well as some of the album artwork which was designed by Ben Borucki (Irrleuchten) from the German band SONIC REIGN. The video can be seen at http://youtu.be/pjPheu8OO58

Aside from Jell on vocals and Norman on guitars, bass, synthesizer and programming, EUDAIMONY’s German/Swedish lineup also includes Jörg Heemann (SECRETS OF THE MOON) on drums and Peter Honsalek (NACHTREICH) on viola. Despite a lineup that could suggest a style of music that belongs somewhere within the Black Metal/DSBM genres, EUDAIMONY charts its own individual path as the band explores the hopelessness and futility of life, musically, visually and lyrically, with the use of rich melodies that are at times gentle and haunting and at times dark and brooding. Guests on the album, which was mixed and mastered by Markus Stock at the Klangschmiede Studio E, include Mick Moss of ANTIMATTER and Schwadorf of EMPYRIUM and THE VISION BLEAK.

Track listing for “Futile”, which will hit the streets on the Cold Dimensions label on the 29th November is as follows: 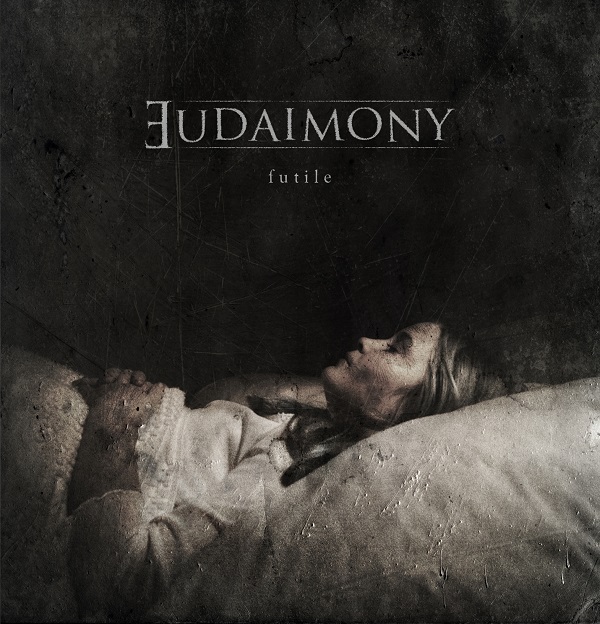