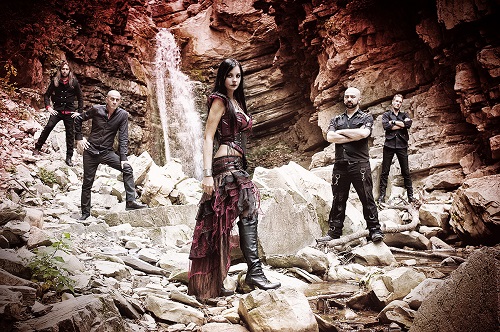 “HERONS” is the title of the second album, released by Scarlet Records: fire, element of purification and destruction is the protagonist of forgotten legend in the North of Italy. Evenoire discovers those legends and gave them a special sound that combines a wide range of influences, from gothic to symphonic metal with a very distinctive medieval/folk approach, which has attracted overwhelming response worldwide. A special mention goes to extraordinary lead vocalist Lisy Stefanoni,whose ethereal and powerful voice adds an extra dimension to the melodies and makes her one of the most promising female singers around. Flute and acoustic parts give to the songs a charming atmosphere. Into this second album we have very special guests: keyboardist Riccardo Studer from Stormlord and keyboardist Filippo Sasha Martignano from Echotime. There is also a duet with Linnéa Vikström from THERION.

Evenoire recorded at Dreamsound Studios in Munich, with Mario Lochert, Dejan Djukovic e Daniel Rehbein (Emergency Gate, Graveworm, Visions of Atlantis)behind the consolle e Jan Vacik (Serenity, Visions of Atlantis, Graveworm, Dreamscape) worked at mixing and mastering. Evenoire are a famous reality in Italy, formed in 2007 they did a strong live activity that confirmed them like one of the most acclaimed band into Italian metal scene.

Listen to “Drops Of Amber” on Soundcloud 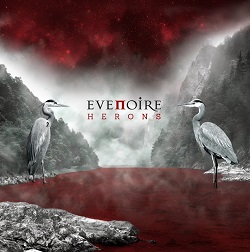