Yantit has issued the first details about EWIGHEIM‘s upcoming album!

He said that he has already started writing new material shortly after the band’s latest album “Bereue Nichts” was finished.

Meanwhile, 13 songs are written, but not all will be featured on the upcoming album “Nachruf“, which will also be available as limited edition digipak including a bonus track!

“Nachruf” will once again be produced at the Klangschmiede Studio E. 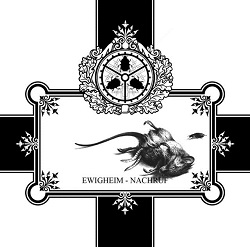 The artwork is designed by Yantit himself. The mouse is an etching by Richard Müller.

EWIGHEIM’s new album “Nachruf” will be released on December 6, 2013 via Massacre Records!