Ruthless and calculating, Degraded by Sepsis marks the first recorded output from one of Italy’s sickest death metal exports since their 2008 full-length debut, Bloodcurdling Tool of Digestion. This new release displays rabid skills of technical brutality, inhuman speed and supreme aggression while leaving a trail of blood-soaked anguish in the unavoidable aftermath. Artwork by Zig. Check out the album teaser now at this location.

Pre-order Degraded by Sepsis at www.comatosemusic.com. 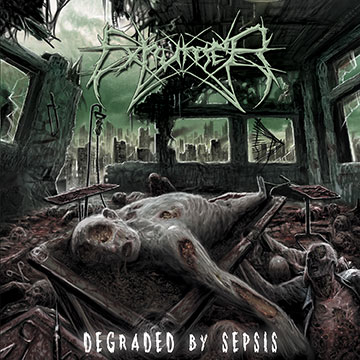 Next month, EXHUMER will join forces with PSYCROPTIC, HOUR OF PENANCE and DYSCARNATE for The Inherited Sedition European Tour. The tour kicks off on September 20th in Aarshot, Belguim. Dates are as follows: