“Humagination”, the most recent studio album by the Polish heavy metal band Exlibris was released in late 2013 and today, you can watch another video clip promoting the album. “Follow the Light” is available on Metal Mind Productions’ official channel on YouTube in THIS location.

“It probably won’t win any award but we had fun while making it and that’s good enough for us. We recorded it during several performances in Warsaw, Poland and one long day in the beautiful city of Brno, Czech Republic!” – comments Misiek Ślusarski, the bands drummer and author of the video.

Combining the energy of traditional heavy metal and hard rock with melodic hooks and complex arrangements since the end of 2003, Exlibris stands for rockin’ guitars, distinct rhythms, epic orchestrations and powerful lead vocals.  The band’s sophomore release “Humagination” features 12 songs with fresh melodic heavy metal ideas, 3 guest appearances, stellar production, world-class vocals and catchy melodies – it’s an ideal album that should appeal to fans of Dream Theater, Iron Maiden and Masterplan… The album was recorded in March 2013 and it was produced by Mariusz Konik and Robert Wawro from HZ Studio. The mix and mastering was done by Tomasz Zalewski in ZED Studio. 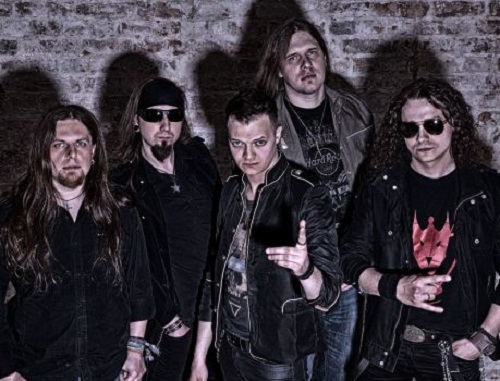