Colorado brutalists EXPURGATE have allied with Comatose Music for the release of their debut full-length, Dementia Tremens, on February 12th.

Spewing from the Rocky Mountains like an avalanche of violence comes the guttural slamming madness known as EXPURGATE. The band formed in 2010 and, after numerous delays, they are finally ready to discharge their debut album.. Although currently on hiatus, it is mandatory that this album sees the light of day. Dementia Tremens is a ruthless display of bone shattering calamity. Artwork by the very talented Kahori Takeda.

Select tracks from Dementia Tremens as well as free downloads of the band’s 2010 and 2011 demos can be found on EXPURGATE’s Facebook Page.

Pre-orders for Dementia Tremens are available at www.comatosemusic.com. 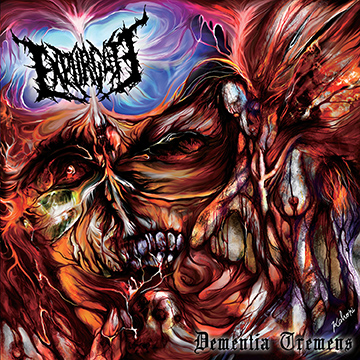