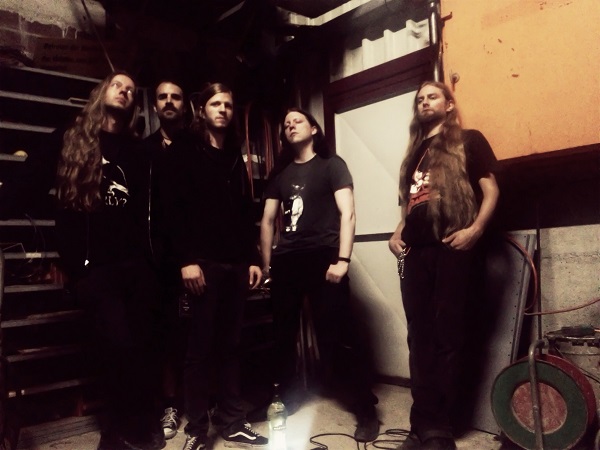 Long-time fans of BLUTMOND may have been surprised by the lineup that took to the stage recently at the HarVest Festival in Switzerland, when two new members – Simon on guitar and Fabio on drums and samples, joined vocalist and guitarist John, vocalist and bassist Jerry, and saxophonist and guitarist Marc on stage. It was, according to John, who is one of the original founders of the band, something of a final audition for the two musicians, albeit one that was pretty much a foregone conclusion as both had already proved to everyone’s satisfaction that they fitted in perfectly with the rest of BLUTMOND in terms of both musicianship and commitment.

Since its formation in 2004 BLUTMOND has never been a band that has been happy to limit itself to a formulaic nod in the direction of a particular genre. Starting out as a Black Metal band and releasing their first full length album “Endzeit” in 2006, BLUTMOND quickly developed a reputation for their insane and provocative live shows, which, whilst raising their profile throughout Europe, also led them to realise that the time had come to create something that was more emotional and honest.

As is often the case when bands choose a different direction, not every member was on board with the idea, which resulted in a few lineup changes, and the recruitment of a new guitarist and saxophonist. With Code666/Aural Music picking up their sophomore full-length album, “Thirteen Urban Ways 4 Groovy Bohemian Days” appeared in 2010, followed at the end of 2012 by “The Revolution is Dead!”, once again on Code666. These two albums demonstrated that BLUTMOND was obviously forging ahead down a more avant-garde path, but one that definitely had a distinctive edge to it.

Now that 2013 is drawing to a close, John has begun writing new material for the band’s fourth full-length album. “I’ve built myself a small studio in my apartment which makes it much easier for me to work on the music as I can have access whenever I want. It’s early days yet, and we’re not ready to reveal too much about the direction we’re taking, but I don’t think anyone is going to be disappointed”. 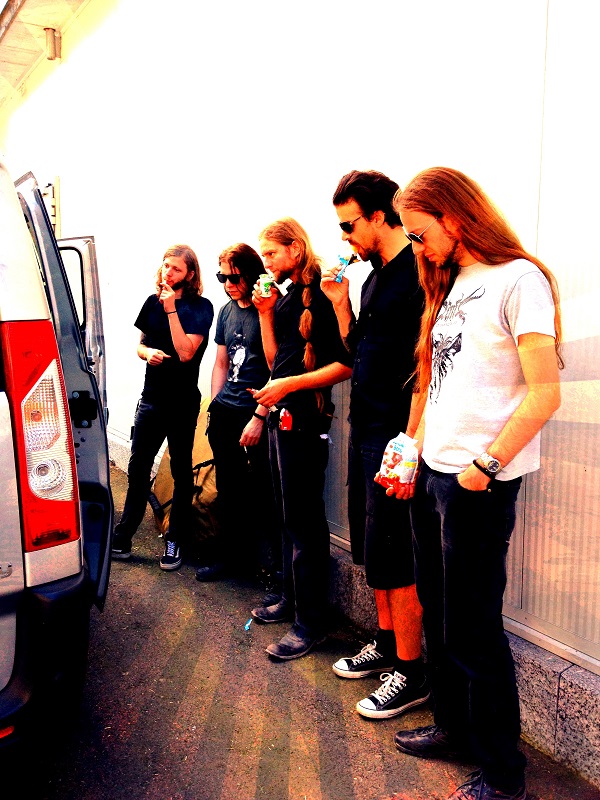 BLUTMOND’s next live appearance will be at the Headbangers Ball at Grafitti in Bern, Switzerland, on the 9th of November. More information about BLUTMOND can be found on the band’s facebook page at https://www.facebook.com/blutmond.official

A video of BLUTMOND performing “You Vs. The Modern Lifestyle Obsession” live can be seen at http://youtu.be/M108CCsSl68