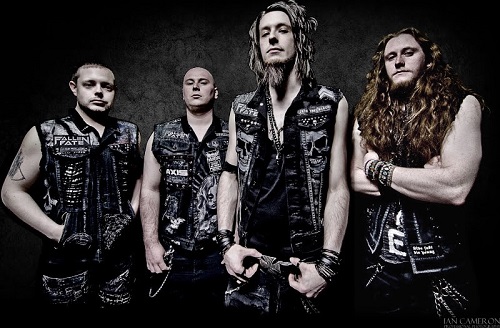 Fallen Fate has released a studio update from their time spent recording their upcoming concept album ‘Into the Black’ which will be released this January 30th. The band who recently came 4th place in Terrorizer Magazine’s top unsigned bands of 2013 spent early last year in Stymphalian Productions in York with producer James Stephenson recording a couple of studio updates along the way so we could get a feel of what to expect from the band’s second release and follow-up to 2011’s ‘The Virus Has Spread’.

Vocalist Lee Skinner had this to say about ‘Into the Black’ –

‘Based on a horror movie theme around a young girl called Vespa the concept of ‘Into The Black’ plays a big part in how the album sounds and how it is visually portrayed through the artwork and upcoming videos. It contributed to the evolving sound of the band as we introduced more keyboards and experimental sounds into the mix, giving it a different dark feel and sound.’

Supported by a release show in The Forum, Darlington, the album is set for release January 30th 2014. 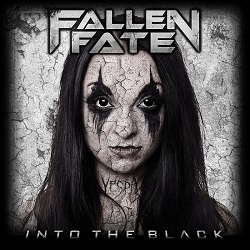 Hot News: Fallen Fate’s ‘Into the Black’ Out Now!