Fallen Sentinel has new members following the departure of Adrian Charlín, Simon Alonso and Tamara Martinez (the latter 2 having belonged to the line up since its inception), and this being a friendly separation and due to personal and family circumstances.

The band from Vigo (Spain) has rolled out the red carpet and has signed undoubtedly three of the best metal musicians in Galicia.

On the drums, Adrian Hernandez, former Kathaarsys drummer, with whom he played in eight European tours and one South American tour (about 400 concerts) and has recorded four studio albums and 2 live ones. Sound technician, drums teacher and co-founder of A Casa do Rock, he’s also a endorser for Mapex, Amedia, Cympad and Pellwood. 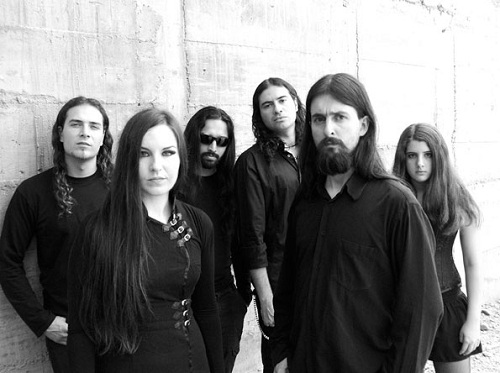 On the guitar, Alejandro Melchor “Mou”, current Trashnos guitarist, with which released two albums (and a third to be released in mid-2013) and with which he has toured all over Spain. In 2011 creates, along with Adrian Hernandez school of music “A Casa Do Rock” (Santiago de Compostela), where he teaches guitar and works as sound technician. Since 2010 he’s a endorser of ESP.

Finally, on the keyboards, Laura Zapatero, very young pianist who recently achieved the professional degree of piano, where she received the special award and 5 distinctions. Attending various events, she has obtained an honorable mention and an honorary award in David Russell contest, 3rd Prize in the competition of Fundão (Portugal) and an honorable mention in the Concurso Ibérico de Vilapraia de Áncora (Portugal).

In the new album, that’s being recorded nowadays and will be mixed and mastered by Jose Rubio, will participate both new and some old components, in what will be the most ambitious work of the Galicians in their career and will not leave anyone indifferent.