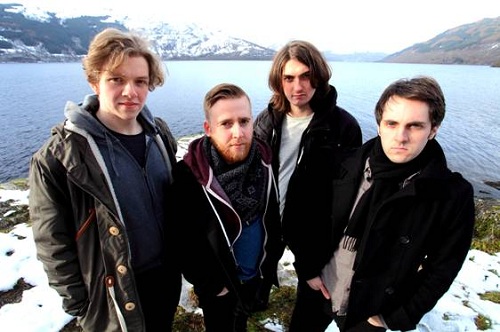 We’re very pleased to announce that we have finalised our line up for the next album. Taking over the vocals and second guitar position will be Tony Dunn. We are currently finishing off the writing for the second album and are planning to record it over the summer. We will be playing a couple of live shows before we start recording, more info about those will follow soon.

Falloch’s aim is to create music which conveys atmosphere and emotion through a wide variety of styles including metal, post-pock and folk inspired by the atmosphere of bands such as Alcest, Agalloch and Primordial, as well as minimalist composers such as Yann Tiersen and Arvo Pärt. The lyrics focus around the themes of nostalgia, sorrow, nature and longing. Having a deep connection with the Scottish landscape, the band took their name from the Falls of Falloch waterfall in Crianlarich.

They started recording their debut album ‘Where Distant Spirits Remain’ in 2010. Upon completion they managed to secure legendary producer Ronan Chris Murphy (Ulver, King Crimson etc.) to master the album in early 2011, with the chance to sign to the revered Candlelight Records shortly after.