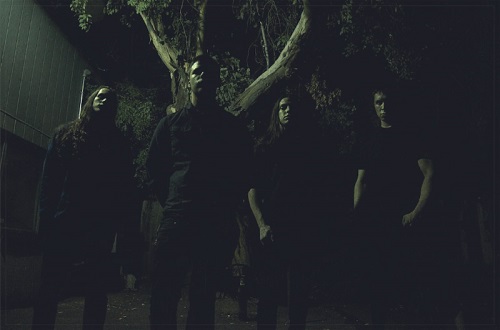 Having just wrapped-up production on their highly anticipated follow up to 2011’s The Harvest Wombs, FALLUJAH will bombard the masses in 2014 with what is surely one of the freshest and most emotive metal albums to be released in years, entitled The Flesh Prevails. The album was mixed, mastered and engineered by Zach Ohren (Animosity, Suffocation, All Shall Perish) at Sharkbite Studios in Oakland, California over the course of a few months and features guest appearances from Christian Muenzner (Obscura, Necrophagist) and the voice of Roniit Alkayam. The cover artwork was a collaborative effort between Poland’s Tomasz Alen Kopera and the band’s vocalist, Alex Hofmann.

The Flesh Prevails is set to be released during FALLUJAH‘s participation in this year’s crushing Summer Slaughter Tour alongside Morbid Angel, Dying Fetus, The Faceless, Goatwhore and more. A confirmed street date, track listing, and deafening serenades from this brutalizing exhibition will be released in the coming days.

Formed in the San Francisco Bay Area in 2007, FALLUJAH has since displayed a rugged work ethic, investing countless weeks on the road in North America and internationally. The band’s commitment to crafting forward thinking music has helped them build their own diehard fanbase from the ground-up through several releases, including 2009’s Leper Colony EP, 2011‘s The Harvest Wombs debut LP, and most recently, their 2013 -Nomadic- EP. Now, with their newest work, The Flesh Prevails, FALLUJAH has ultimately paved the way for a new melodic and atmospheric perspective on death metal.