Canadian Hard Rockers FAMOUS UNDERGROUND have released a new video, for the track ‘Dead Weight‘, featured on their new self-titled debut album out now via Dust On The Tracks Records. The new single ‘Dead Weight‘ is a melodic romp that takes you on a trip with an anthemic message that pertains to everyone. Sonically this represents the light and shade that is F.U., the song is a wakeup call for people to realize that they have the power to help create a more positive world. Watch the video below: http://youtu.be/nI9I9ekK8v8

The official epic concept video to support the single ‘Dead Weight‘ takes you on a journey through evolution with beauty and destruction showing the realities and changes from Mother Earth’s point of view. 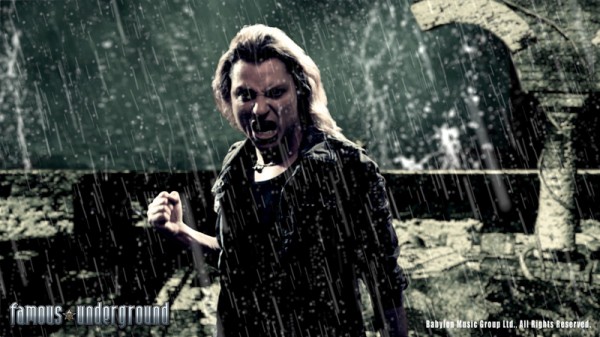 Famous Underground’s sound and music is edgy, melodic and hooky bringing a paradigm shift to the arena of rock. It’s been said, that they have created something fresh and exciting in an otherwise stagnated genre. With the conclusion that no-one has definitive comparisons, Carl Begai writer with elite hard rock/metal magazine BW&BK describes the new recording as “it’s a darker if-METALLICA-were-GUNS N’ ROSES direction with this brand new album.”

Famous Underground’s self-titled studio release produced by Nick Walsh, and mixed by Darius Szczepaniak (THE BLACK CROWES, SACRIFICE) at Rouge Valley Studio in Toronto. The new recording takes Walsh’s writing to a more defined state where the lyrics delve more into the complexities of the real world.