FAMOUS UNDERGROUND haven ever strayed from their life-long dedication to hard rock and metal music and lock the power and energy into 4-minute songs with great hooks.FAMOUS UNDERGROUND’S sound and music is edgy, melodic and hookybringing a paradigm shift to the arena of rock. It’s been said, that they have created something fresh and exciting in an otherwise stagnated genre. With the conclusion that no-one has definitive comparisons, Carl Begai writer with elite hard rock/metal magazine BW&BKdescribes the new recording as “it’s a darker if-Metallica-were-Guns-N-Roses direction with this brand new album.”

Nick says of the signing ‘we have been building relations with Axel for the past year and we all felt that the timing was right for us to finally seal the deal. We are totally pumped to have his passion and knowledge within the F.U. family.’ 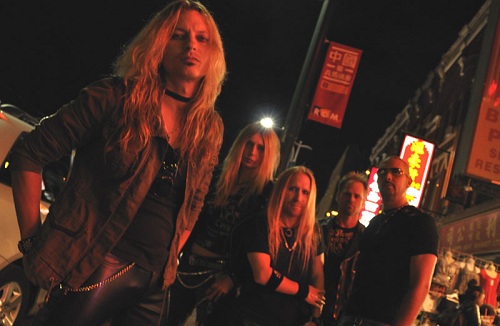 ‘We have never had the right opportunity before to bring our brand of metal to the European market,’Laurie-Anne states. ‘The anticipation of playing on the Europeanstages is very exciting to us and we are ready to come over and rock out.’